Now that I'm a moderator at Craftster, I'm organizing a crafting challenge.  I am happy to announce that the "Anything Goes Perler Bead Challenge" is now open!  All you have to do is make something--anything at all--using Perler Beads and then enter it on the challenge board between June 12th and June 18th.  That's plenty of time for you to get your hands on some Perler beads (also called Hama beads in some parts of the world) and get crafting! 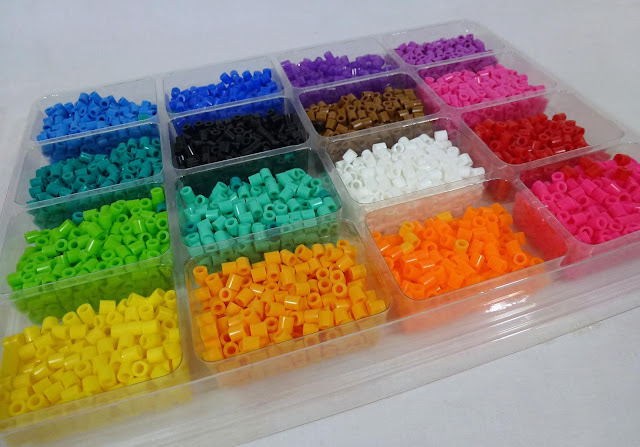 Since I'm organizing it, I won't be entering the challenge, but after looking online and seeing all the cool things people are making with these beads, I wanted to try it myself. I started with something simple:  a coaster!

After I came up with a pattern, I placed the beads on the peg board (which is sold in craft stores, either separately or packaged with beads). I found that tweezers were very helpful for placing the beads. 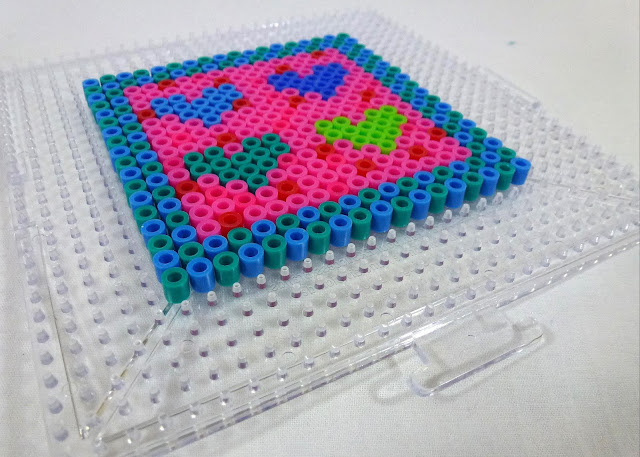 When all the beads were in place, I carefully carried the pegboard to my ironing board (dropping it at this point would have been a disaster!) The beads come with a piece of parchment paper, which I placed on top of the beads before ironing. The directions said to iron at medium heat for 10-20 seconds; I found that I needed higher heat than that.  After the beads were melted enough that they were all sticking together, I flipped the coaster over and ironed the back, too. 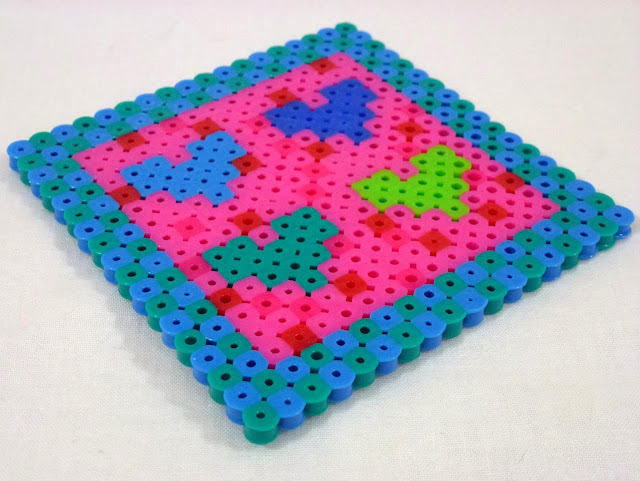 Okay, since that was pretty basic, I wanted to try something a bit more challenging (I am being inspired by a CHALLENGE, after all!) so I decided to try making a table for my doll house. 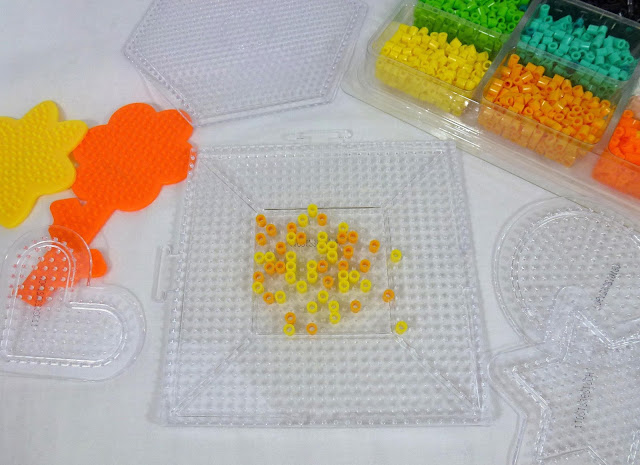 It started the same way as the coaster, with a simple square, but I wanted it to have more depth when viewed from the side, so I also made two squares that were empty in the center, like a picture frame (hey--that's a good idea--I should make a picture frame next!), which I hot-glued to the bottom of the table.  Then I made four legs out of the Perler beads, and hot-glued them in place.  The extra layers of beads on the underside of the table helped to support the legs. 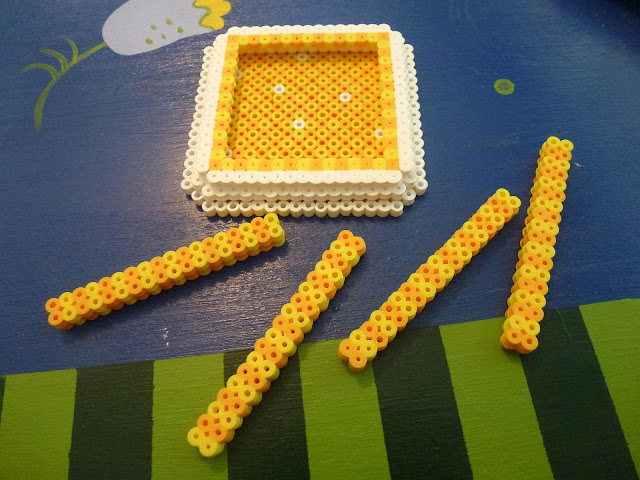 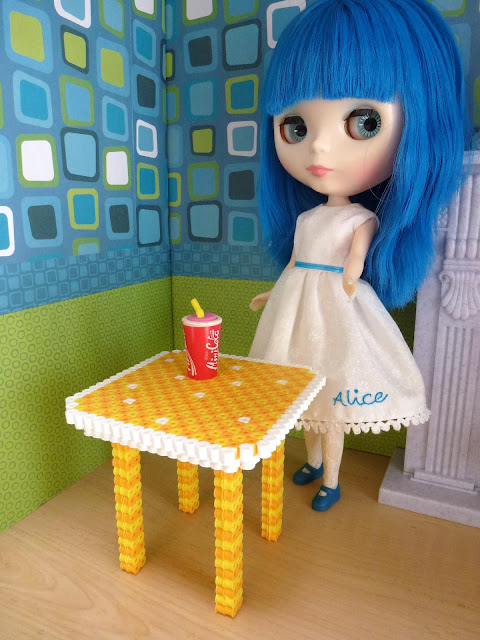 Posted by Leslie Andersen at 10:00 AM

Leslie this Perler Bead Challenge is a way you can show many original ideas, it looks nice.

Have a nice week.

i love the perler bead table! congrats on your first mod challenge, leslie!

It was a wonderful chance to visit this kind of site and I am happy to know. thank you so much for giving us a chance to have this opportunity! I will be back soon for updates.